Patrick Lencioni’s latest book, The Motive, is a new addition to my bookshelf. It explores this idea in detail.

All his books are fantastic. However, I think this is his best one yet.

So many books are about HOW to lead. This one is about WHY. Why you should even be leading in the first place.

So, what kind of leader are you?

In The Motive, Pat describes two primary motives driving people to lead. He calls these Reward Centered or Responsibility Centered.

What’s the motive here? It could be expressed like this …

“I’m the CEO now. This is my reward for years of hard work. I’m finally at the top. It’s time to cut back on those things I never liked doing and enjoy the fruits of my success. I have authority, power and respect. Effort, sacrifice and climbing the ladder have got me here. I now have money and opportunity. I’ve arrived.”

By contrast, the motive here is as follows …

“I’m the CEO now. My job is to serve the business and its people. The effort and sacrifice on my part have only just begun. This will be demanding and hard. I choose to take this on in spite of that. The authority that comes with the position is to be used wisely. People rely on me to do the hard and essential things that only I can do.”

This book is well-timed.

Pat sets out five responsibilities that leaders who are Reward Centered, don’t like to do. So they abdicate, delegate or avoid them.

Use these to reflect on your own leadership and where you may need to make a change.

What are the five responsibilities?

A. Having uncomfortable and difficult conversations.

I know CEO’s / Leaders who go to great lengths to avoid difficult conversations. Particularly with a Peer or Direct Report about their behaviour or performance.

Issues either get completely ignored or they convince themselves it will get better on its own. It never does.

Being an executive means being willing to enter the danger. To have direct (and compassionate) conversations on the things that really matter.

A CEO may not ever love this part of the job. But it comes with the territory.

B. Managing Direct Reports (and insisting they manage theirs.)

A CEO will often say; “I’ve hired adults. I trust them to do their job. People don’t like to be micro-managed.”

The problem with this, is that every human (even the people at the top) needs management … of the helpful kind.

Helpful means clarifying what they are responsible for. Being aware of how well they are doing it and providing coaching and interference when they need it. (And they will need it.)

Without it, you have no real reason to expect them to be successful. Most organisations suffer more from the abdication of management at senior levels than from micro-management.

Practically every CEO wants a great executive team. Yet all too often this gets delegated to HR or an external consultant.

It is the CEO’s job to ensure people are working well together. That they trust each other. Have good conflict, commit to decisions and hold each other accountable. This cannot be delegated.

Others can help of course. But the primary responsibility of having a functional cohesive team cannot. The CEO has to be 100% invested in showing the way.

I’ve written at length about meetings. Click here. But it’s still worth the reminder.

Meetings are the platform on which a leader leads. Leaders who don’t have great meetings, don’t understand that it is the most important thing that they do.

They should be a CEO’s favourite activity.

Leaders should never apologise for repeating themselves.

Corporate communication from executives is often taken with a pinch of salt. Skepticism and inertia are very common. Because of this employees need to hear the same thing over and over again, and in different ways, before they buy-in.

Some CEOs, especially the reward centered ones don’t like doing this. They feel it’s wasteful or redundant to repeat themselves. And they often get bored with the repetition.

Good CEO’s don’t care about being criticised for repetition. To them it’s much more important that people are informed and have bought in.

Get back on track

The Motive will help you do so.

Leadership is meant to be a selfless and demanding responsibility. Especially for the CEO. It means taking on the hardest, most uncomfortable job in the organisation.

It’s not for everyone and neither should it be.

The question to ask is not, “Do I want this job? but, WHY do I want it?

Is it for reward or for responsibility?

Your answer will make a huge difference in the lives of a great number of people.

PS: We love hearing from you. Which of these Five Responsibilities do you think should never be avoided, ignored or delegated? Please comment below.

The Most Extraordinary Character I Ever Met 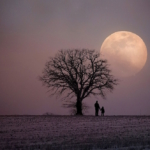 Is Your Team Small Enough?
Scroll to top