Jim Collins hardly needs an introduction. He is a student and teacher of enduring great companies – how they grow, how they attain superior performance, and how good companies can become great companies.

He has authored and co-authored some of the worlds’ best selling books on leadership. Built to Last, Good to Great, How the Mighty Fall and Great by Choice is standard reading for leaders looking to gain a competitive advantage. Grant Ashfield caught up with him to discuss his work and to find out how to lead and pursue greatness in turbulent times. 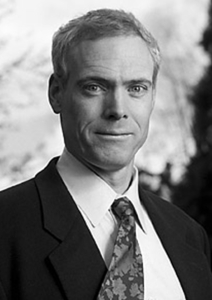 Jim I first heard you speak about how good is the enemy of great. This jolted me and made me reflect deeply on my personal and business life. Please tell me more about this and the approach you follow in your research?

I do believe passionately that good is the enemy of great. My whole professional life has been dedicated to understanding what systematically separates the exceptional from the other.

The approach we follow is deeply empirical. We have nearly 7 000 years of combined corporate history in our database from which we have derived the ideas I talk about. But is not just the sheer magnitude of the research but something very important about the methodology. We do not study just success. What we study is contrast. We study what is different about those that become great and those that do not. We study companies that went from good to great in contrast to others that were in the same opportunities, same resources, same potential, same kind of histories, same kind of industries that did not make that leap.

This is a tough conclusion. It means we are responsible for what happens to us – both our successes and our failures. What then actually causes organisations to go into decline?

How the Mighty Fall was inspired by the question of how do great enterprises, which have been around for ages and appear unshakable iconic brands collapse? What we found is that this decline is a staged process. It’s almost like a disease where you can look strong and healthy on the outside, but already be sick on the inside. And so it really becomes a question of early detection, of doing the right things before you are in trouble. There is also the question of how far can you fall and come back.

What we found is that there is a 5-stage process of decline. And here is what is really scary. You don’t visibly fall until Stage 4. You go through the first 3 stages of decline, where from the outside you look great, you look fabulous, you look healthy, you look like you’re on the rise, and everybody thinks you’re fantastic, but you’re actually already in decline. And then the visible fall happens in Stage 4 and then you can potentially go all the way to Stage 5.

The actual stages of decline are Stage 1: Hubris born of success. Stage 2: Undisciplined Pursuit of More. Stage 3: Denial of Risk and Peril. Stage 4: Grasping for Salvation. Stage 5: Capitulation to Irrelevance or Death.

Can we focus on the concept of hubris – what does this mean and why is it the start of the decline?

When an enterprise becomes successful it can cover up a lot of sins. It is not success that makes you vulnerable it is when you respond to that success with arrogance. When you begin to feel that success is somehow entitled or deserved and that maybe you really are so good that all this great success that’s come your way is all your own making rather than maybe actually you have had some good luck.

J Rufus Fears, a great Classics professor, offers a perfect definition for hubris. It’s “outrageous arrogance that inflects suffering upon the innocent”. This is Hubris. When an enterprise collapses its outrageous arrogance that causes the innocent to suffer. Employees suffer, owners suffer, capital holders suffer, customers suffer. It is an imperative to remain outstanding so that the suffering does not happen.

So what would be the contrast to this? In the study of Good to Great I was interviewing executives for the study who had been on the teams or led the teams when they made their shifts from average companies to exceptional companies.

Now think about that. This is one of the greatest companies. There were only 11 of 1435 companies that did it, and he say’s “I don’t want to be in the book, because the last thing we ever need to do is to think that we are great”.

And I learnt from that the moment you think you’re great, you’ve already lost it.

But the qualities you are describing in a CEO seem to be so rare – almost counter cultural in some way. How do you explain this?

What we find in those who really built the great companies is a tremendous humility about their success – the opposite of arrogance. I noticed something important about these leaders. When they’re successful they say, “maybe we were lucky”, followed by, “we need to work extra hard as a hedge against the day our luck runs out.” Rather than presuming we’re just really good, we were never just lucky. But what happens if you were just lucky and you thought you were just good and then one day your luck runs out? You’re very exposed … you’re vulnerable! Better to be incredibly disciplined and fearful that you were just lucky, than to be the opposite.

A leader with this notion of humility and approach we call a Level 5 leader.

We are in very uncertain times. There is lots of volatility and uncertainty. How do we lead in this environment?

The analogy is to imagine waking up at Base Camp, below Mt Everest. A big storm comes rolling into the valley but because you’re at Base Camp and inside your tent you can hunker down. The storm passes you by and then you can emerge and climb again on another day. But now in contrast to that, imagine you wake up at 27000 ft as a vulnerable little speck, high on the mountain, where the storms are bigger and faster moving and everything is more uncertain. The environment is completely unforgiving, but there’s also the tremendous opportunity to summit. You are in a place of tremendous peril and tumult and exposed to forces out of your control.

Here if you get caught unprepared you might be in very real trouble.

Leaders in every sector in almost every part of the world today feel that they are metaphorically moving higher on the mountain. That they are moving into environments characterised by big forces of their control, by tremendous tumult, uncertainty, unpredictable change. And also environments of overwhelming opportunities to summit.

This was the basis of your idea for your latest book?

Yes, my colleague Morten Hansen and I began to study this deeper. We went and found the 50 best performing IPO’s. When they came out into the world we picked them up as start-ups. They were little tiny companies and we looked at the people who built the enterprises that began at a point of vulnerability, but then went on

What did you find?

The conclusion is very interesting. What we found is that tumult and crisis and forces out of our control are not causes of who becomes great and who doesn’t, they are amplifiers. The times of tumult will expose your strength if you are already strong, and they will make you stronger relative to others.

But it can expose your weakness if you are weak and then you are severely in peril. The key is this. It is what you do during the good times that determines whether you are one of those that go way ahead in the great difficult times. And it’s all going to be tumultuous. So once we get through this time, and we will, and once we regain prosperity, and we will, it will still remain unstable. And the question is will you have the discipline, when the prosperity returns to ensure that you are strong forever?

Finally Jim it seems to come back to the idea that whether we prosper or fall lies largely in our control?

Yes. As we said in the beginning a key conclusion is that whether you build greatness out of disaster depends more upon what you do to yourself than on what the world does to you.

Even if in these difficult times you find yourself falling, the evidence brings tremendous hope. Companies can fall a long way and come back, companies can go through great tumultuous times and can come out stronger. Xerox, Nu-Core and IBM are just some examples of companies that went through a tremendous time of tumult or difficult or fall at some point in their history.

But in every single case leaders emerged who broke the cycle of despair and built greatness. Dick Clark, the long time head of Merck Manufacturing summarised it well by saying – a crisis is a terrible thing to waste.