Ian Thomas is recognized internationally as one of the world’s top keynote speakers and is the author of the bestselling book Power of the Pride – How Lessons from a Pride of Lions Can Teach You To Create Powerful Business Teams.

His work combines a detailed understanding of nature linked to clear insights into the conditions under which business teams thrive. Grant Ashfield caught up with Ian to better understand the link between lion prides and high performance teams. 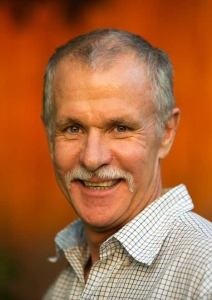 Why lions and how did your fascination with these super predators develop?

I studied business at University and then went to Londolozi Game Reserve and worked as a guide. All the tourists were keen, even desperate to see lions and over time I came to love the art of tracking and finding them. Many of my guests were business people and one day after the local pride had successfully hunted a zebra, one of them made a significant comment. He said, “I wish my team worked together as well as that pride of lions”.

This led to a deeper conversation about how and why lions work so well together. Later he returned with his business team and asked if I could re-tell the story of the business hunt with particular emphasis on the ‘teamwork’ lessons we had witnessed. I reconstructed the ‘zebra hunt’ in story form against the stunning backdrop of a flickering camp fire. I told and re-told that story and it had a significant impact on the teams that listened. It was out of this that the connection between lions and business teams was made.

You have also spent many years working with business leaders and their teams. In a world where there is tremendous pressure to perform do you come across many examples of teams working at their highest potential or are high performance teams unusual?

High performance teams are rare! There are a number of reasons why this is so. Firstly many people do not have a good in-depth knowledge of the basic principles that separate superb and dysfunctional teams. So they grasp at ‘quick fixes’ when often the team is only ‘fixable’ over a period of time. People hope that I can transform their team in an hour. I can shift their understanding of the root causes of good and bad teams in an hour, but most of these principles take time to be put in place. It is only after the presentation finishes that the real work begins.

Many of the dysfunctions in teams are deeply embedded. For e.g. are incentives directly linked to results? Is the selection process rigorous? Does everyone have a crystal clear understanding of what the goal is? Many team members are unsure of what their real skills are and find that they are unsuited to the roles that they play. I come across many people in teams where the personal fire that comes from a passion for the work is missing. Unfortunately this results in average performance often with people only making the minimum contribution.

Your teaching is essentially about how these great cats – lions – use teams or prides to rule their world. What can we learn from lion prides as a basis for thinking about business teams differently?

I have always noticed how powerful each individual within the pride is. This power is only partly due to the fact that they belong to a strong pride, most of it is because they are superb hunters in their own right. A big lioness can weigh in at 145 kg and will run the hundred metres in five or six seconds! These are strong individuals who can stand up for themselves. They know what they are superb at and their abilities match their goals.

If our goal is to catch buffaloes we must be certain that the individuals in the pride are buffalo hunters with the abilities to match. Some lionesses that consistently hunt buffalo even undergo physical changes; they develop stronger chest muscles in order to wrestle the buffalo to the ground. Not to mention the mental changes that must take place in order to go after extremely dangerous prey. Many business teams are under prepared, both technically and mentally.

What does a strong individual mean in a business sense?

The goal and your role in achieving that goal is clear. You have impressive skills and abilities that line up with your role and you have the mental strength to do what is needed. With these in place you will do the job well and have the ability to stand up for what is right when it is required. What’s more you are a confident contributor. If you know what you are good at and do it, you get recognized.

This builds your confidence, making you better at it – a virtuous cycle is created. For high performance teams you need strong, powerful, competent people who know what they are good at as the basis of the team.

In your presentation you talk about the critical importance of demanding performance goals. I think your expression is, “great teams need great enemies.” Can you expand on this further?

Ian: Even strong individuals, though they are powerful and competent, are often not pushed and fall into comfort zones. If the goal is demanding and attractive enough and requires high levels of skill, effort and energy, its effect can be to pull exceptional performances out of both the people and the team.

In lion terms, in order for the pride to perform at its peak it needs prey that is difficult to catch. Lion prides that hunt buffalo are forced to become powerful, because the buffalo are brawny and dangerous adversaries, hence the idea that great teams need great enemies to literally pull and inspire the performance out of them.

So big goals are a catalyst for great business performance too?

Yes and these goals often carry a fear element with them. The risk is that in going for them – your business buffalo – your capabilities will be tested. Some fear they will be exposed, others even fear how their world will change through success. When the goals are demanding all the emotions of fear, adrenaline, passion and excitement will be present.

This may be why great teams are rare and unusual and exist for only brief periods of time. But to belong to such a team represents a memorable, even dramatic, period in one’s life which will certainly change you.

The #1 issue which always seems to be at the heart of team performance is the absence or presence of trust. How do lions build the trust and confidence in one another so essential to high performance?

In one hunt I witnessed, a lioness had knocked down a zebra stallion. He was on the ground and kicking wildly. She only had a weak grip on the animal and was barely managing to hold on. The stallion launched a vicious kicking attack on the lioness. She lowered her head, flattened her ears, closed her eyes and hung on for dear life, while the stallion’s hooves whistled millimeters above her skull.

The only reason she continued to hold on under these desperate conditions was her knowledge that the other six lionesses were coming in hard to help her. She had total belief in their abilities and the confidence that upon arrival something would happen to the zebra. In times like this I do not believe it even enters her mind that she might not get back-up. She has 100% trust that her teammates will pull her out of trouble. The practical result of this trust was that the whole pride got to eat and eat well.

If we analyze this story, the successful hunt is caused by a number of things:
The entire pride has the same goals; they all want and believe in the same thing. This means that no one is holding back, which is essential for success and crucial for trust. Every lioness in her pride is an extremely skillful and powerful hunter. Competence is an essential element of trust, because you can’t trust someone who cannot perform in the job.

Finally, because they helped one another in a dangerous situation they caught the zebra and got to eat. Trust in one another had a practical outcome; a successful hunt and food to eat. If the pride trusts one another, if they stand together as one they are more powerful and successful.

Many teams struggle to deal with non-performance. Leaders find it hard to be direct and candid about expectations. Fear of speaking up and the fear of conflict promote mediocrity and a ‘happy with average’ mentality. What do you observe in lion behaviour that promotes accountability and intolerance of passengers?

Lions hunt because they are hungry. This hunger forces them to develop the ability to catch prey that is both elusive and formidable. In human terms they operate on a 100% incentive scheme. If you don’t catch you don’t eat! They do not think that because they hunted hard or long last time, but did not catch anything, that they now deserve something to eat: you eat what you catch. You can’t eat working hard, but you can eat results.

Lions that do not keep up with the pride do not get to eat, or eat very little. If this ‘passenger’ behaviour is consistent they die of starvation. Contrast this in business where non-performers can hide and still get paid. In business teams it is important to confront non-performance. This dysfunctions goes so far that some teams even believe that the team exists for some other purpose than producing results!

Lionesses take great care with the cubs – what lessons can we learn from them about talent development and how they go about preparing the younger generation to be great hunters?

As soon as the cubs are strong enough they begin to wrestle one another. As they get older and more mobile they accompany the hunting lionesses. The cubs are so keen to participate in the stalk that the lionesses are forced to discipline them; to make them wait and stay hidden while the adults hunt.

Occasionally when the lionesses have eaten well they allow the cubs to attempt their own hunts. This is usually a complete mess, but making mistakes is part of how they learn. They watch the lionesses carefully and practice again. This pattern repeats itself over and over. These females are very protective and supportive and serve as superb role models for young lions to observe, imitate, and admire.

The young males observe how the pride males secure territory by scent marking the boundaries and roaring to intimidate rivals. Occasionally they witness brutal fights as territory is defended against hostile intruders. This is inspiring to testosterone laden young lions and soon extends to extensive bouts of semi-serious brawling where the youngsters hone their fighting skills.

Young lions, both male and female, thrive on this training and everyone knows that when training is serious, but fun – people learn. It also has a direct and practical link to what they will need in their future roles as hunters and fighters.

Business teams need to create secure environments where inspiring role models take time to teach learners in an atmosphere that is serious, competitive, and fun. The purpose should be to surround the team with powerful well-balanced individuals who inspire great performance.

Ian finally – is there a magic formula for building great teams?

There is but it’s not a magical one. Great teams are built on sound principles. The

most important of these are:

To learn more about Ian Thomas and the Power of the Pride visit www.ianthomas.net